5 of the most eagerly anticipated TV shows coming in 2021 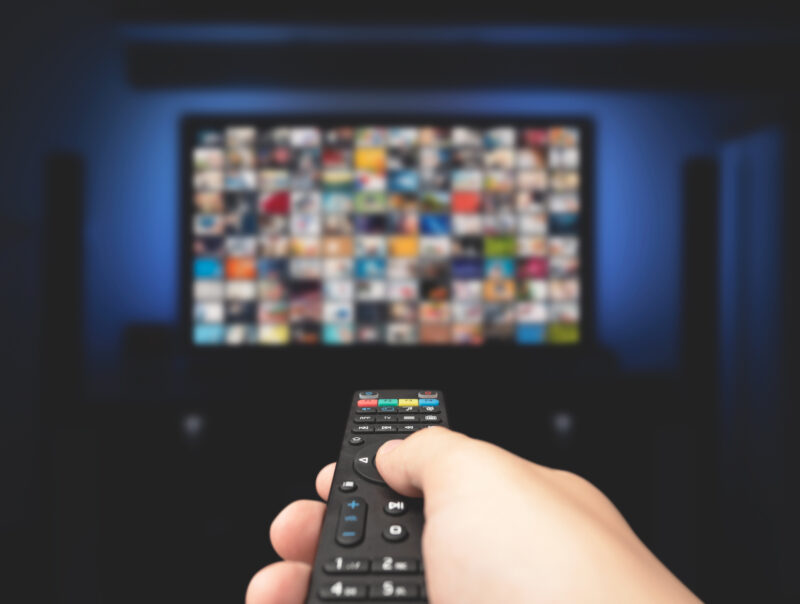 Despite coronavirus placing filming on hold and pushing back release dates for some of the biggest films of the year, 2021 is set to be an exciting twelve months for TV releases.

Here are five of the best to look out for.

When Colson Whitehead followed the Pulitzer prize-winning success of The Underground Railroad by winning a second Pulitzer for The Nickel Boys, the author joined a prestigious group. Only William Faulkner, John Updike, and Booth Tarkington have won the award twice.

Later this year, Barry Jenkins (the director of the Best Picture Academy Award-winning Moonlight) brings The Underground Railroad to the small screen.

Thuso Mbedu stars as Cora Randall, a slave on a cotton plantation in Georgia. When she hears about the “Underground Railroad”, she takes her chance to escape her captors, only to be ruthlessly pursued by slave-catcher Ridgeway, played here by Joel Edgerton.

The series completed filming late last year and is due to air in the second half of 2021. Jenkins will direct all eleven episodes.

Isaac Asimov is best known for his “Three Laws of Robotics” (during which he accidentally coined the term “robotics” itself) and his Foundation series of novels, the first three of which won the Hugo award for “Best all-time series”.

These novels are being brought to the small screen for a ten-episode run for Apple TV+, due to appear later in the year.

The thousand-year saga stars Jared Harris as psychohistorian Hari Seldon. Having foreseen the fate of the twelve-thousand-year-old Galactic Empire, Seldon establishes the Foundation – consisting of the greatest minds in the galaxy – in a bid to save it.

English actor, Harris, has enjoyed recent small-screen success in Chernobyl and as George VI in The Crown.

The series is based on the novel of the same name by Australian author Liane Moriarty. It isn’t the first of Moriarty’s books the pair have worked on – the multi-award-winning Big Little Lies starred Kidman, alongside Reese Witherspoon, Laura Dern, and Alexander Skarsgård.

Kidman will also star in Nine Perfect Strangers, a story that follows the lives of nine characters attending a “Mind and Body Total Transformation Retreat” at Tranquillum House, run by the mysterious Masha.

4. The Lord of the Rings (Amazon Prime Video)

The Middle Earth of JRR Tolkien’s celebrated novels is returning to a screen near you soon.

The Amazon series, touted for release in 2021 but suffering Covid-19 delays, will have a tough act to follow.

Rather than a direct remake of the beloved books, this prequel series will be set millennia before the events of the Hobbit, in the Second Age of Middle Earth. This era, spanning almost three and a half thousand years, is most notable as the time when Sauron first created the One Ring.

With a five-series commitment and 20 episodes due for series one alone, it promises to be a sprawling, big-budget production. The Hollywood Reporter suggested in 2018 that “the series is expected to cost north of $1 billion.”

The 2009 Pixar film, Up, won that year’s Oscar for Best Animated Feature. It also received a nomination in the overall Best Picture category, only the second animated film to do so.

In the film, elderly widower Carl Fredricksen ties thousands of balloons to his house and sets off on the adventure of a lifetime he had always intended to take with his late wife. On his travels, he meets Dug, a dog who wears a special collar that allows him to speak.

Dug Days, a follow-up to this film, is due for release on Disney+ in the autumn.

It follows Carl and Dug’s new life, as they settle into suburbia. Dug will have to contend with puppies, fireworks, and squirrels as he overcomes the challenges of life after his South American adventures.

The humour and emotional core of Up won it fans of all ages. Dug Days is set to do likewise when it is released later this year.

5 important things to remember when inheriting an investment

3 potential pension tax traps and how to avoid them